This vignette is work in progress - watch this space!

Unlike routes, each segment geometry in a route network can only appear once.

stplanr can be used to convert a series of routes into a route network, using the function overline(), as illustrated below:

The above figure shows how overline2() breaks the routes into segments with the same values and removes overlapping segments. It is a form of geographic aggregation.

Route networks can be represented as a graph. Usually all segments are connected together, meaning the graph is connected. We can show that very simple network above is connected as follows:

A more complex network may not be connected in this way, as shown in the example below: 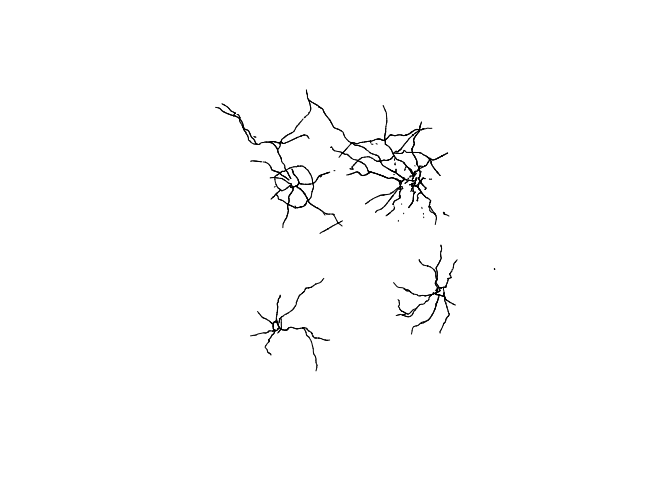 The elements of the network are clearly divided into groups. We can identify these groups as follows:

An important feature of route networks is that they are simultaneously spatial and graph entities. This duality is captured in sfNetwork objects, which can be created by the function SpatialLinesNetwork():

sln has both spatial and graph components, with the number of lines equal to the number graph edges:

Currently not running due to issues with dev version of dplyr:

New nodes can be added to the network, although this should be done before the graph representation is created. Imagine we want to create a point half way along the the most westerly route segment in the network, near the coordinates -1.540, 53.826:

We can identify the nearest point on the network at this point and use that to split the associated linestring:

Other approaches to working with route networks include: